The Opposition We Deserve

Gafni and his parliamentary colleagues are right in their harsh criticism of the new government. Yet, having slept for many years on their own watch, they also have a part in its formation. The indignation is justified, but it needs to be turned inwards as well as outwards.

MK Moshe Gafni’s farewell speech from office was among the more strident to be delivered in recent times. It has been many years since cries of “what makes us Jewish” have been sounded in the arena of Israeli politics, and certainly from atop the Knesset podium.

Gafni’s cries are not without justification. The new government is among the most secular to rise in recent years, and as I will explain, I believe its multicultural ethos presents an existential threat to the Jewish part of Israel’s Jewish and democratic definition.

Gafni and his colleagues cannot cleanse their hands in feigning innocence; they, too, have a part in the formation of our new coalition

But justification aside, it seems to me that Gafni and his colleagues cannot cleanse their hands in feigning innocence; they, too, have a part in the formation of our new coalition. For long years they slept on their own watch, focusing energies on small sectorial affairs rather than working to strengthen the State’s Judaism.

In this brief article, I wish to establish these two basic claims. One, that the indignation is justified; and two, that it needs to be turned inwards as well as outwards.

Gafni and his coalition partners were harsh in their criticism of the new government, and many commentators called them out, accusing them of characteristic cynicism and largely ignoring the content of their speeches. But though the style was admittedly jarring, the content was worthy. This was not just a case of “bad losers.”

MK Yitzhak Pindrus gave many interviews to the press, in which he emphasized that the anger and sense of betrayal are not about the funding of Charedi institutions but about the potential damage to Israel’s Jewish character and arrangements of religion and state that have withstood the test of many decades. I do not believe that this is merely demagoguery, cynical use of religious arguments for the benefit of the narrow Charedi interest.

It is, indeed, bizarre that Charedi parties should be those to highlight the new government’s undermining of Israel’s national spirit

A brief perusal of the new government’s charter clearly indicates the potential threat to the character of the Jewish State, and it is odd that the Charedim should be the only ones to be calling this out with full force. The irony was not lost on Gafni, who noted in his last session at the Finance Committee that he was unused to being the guardian of Jewish nationalism. The sarcasm was sincere. It is, indeed, bizarre that Charedi parties should be those to highlight the new government’s undermining of Israel’s national spirit.

The End of the Nation-State

The State of Israel was established as the nation-state of the Jewish People, and this is its fundamental raison d’être. In its first decades, it was clear to all, religious and secular alike, that Israel is a Jewish national project, albeit one that includes a large non-Jewish contingency bearing equal individual rights. But over the years, the attitude of Israel’s secular Left toward the state underwent a significant change, blurring the perception of Israel’s national identity, and entering a post-Zionist phase calling for redefining Israel as a “state of all its citizens” or “disestablishing Zionism” as Alon Harel put it.

Amit Segal, among Israel’s most prominent Right-wing journalists, summed up the matter in a tweeted response to the government charter: “One hundred percent civic; zero percent nationalist.”

Ultimately, this vision for the State of Israel means canceling the Law of Return, which would of course guarantee the destruction of Israel as a Jewish State. But before reaching this extreme, there are some basic arrangements of religion and state that require more immediate action: ensuring that Israel establishes a civic marriage system; changing the nature of Shabbat in the public sphere; altering the formal arrangements for conversion to Judaism; and much besides. These are the concerns around the new government. Amit Segal, among Israel’s most prominent Right-wing journalists, summed up the matter in a tweeted response to the government charter: “One hundred percent civic; zero percent nationalist.”

The anger against Bennett and the Yemina party is justified. The disposition to cancel the nationalist spirit is a global affair, and Israel is among a small minority of countries standing steadfast in its nationalist ethos. But this is not something we can take for granted. The civic, non-Zionist ethos has penetrated the periphery of government institutions, reaching the president’s residence, Israel educational curriculum, and mainstream media.

Of the many parts of Israel’s population, the religious-Zionist sector has traditionally been stalwart in its opposition to this dangerous trend. This is why Bennett’s ideological capitulation in entering the new government and its civic vision is of such great cause for concern. And it is odd indeed that the Charedim should be those to call him out. In the words of MK Pindrus, “Bennett has removed the yarmulke from the State.” The truth, moreover, is that Bennett is not only undermining Israel’s religious observance; he is undermining Israel’s national character itself.

Although the Charedi criticism was on the mark, Charedi representatives can hardly claim to be free of blame. During the many decades of Charedi participation in Israel’s ruling coalitions, liberal organizations, some of them militantly secular, have not been idle. The current secular government is the produce of long and arduous work on the part of the New Israel Fund, Beit HaNassi, the Mandel Institute, Maoz, the IDI, and many other organizations and institutions that have fostered a secular-civic ethos for Israel.

The strategy of these organizations is to identify potential leaders from all sectors of Israel’s citizenry and to invest great effort in their indoctrination to the secular ethos. Under the rubric of “education” and “leadership,” this ethos has penetrated both formal and informal education in Israel, becoming the dominant bon-ton in academia, popular culture, and popular media. The surprising betrayal of the Jewish State vision by parts of religious-Zionism, as described above, is a direct consequence of such activity.

The past six years, ever since the previous Lapid-Bennett administration, saw a strengthening of Torah-observant political parties. No longer merely a tipping point for the political scales, the Charedi parties became an integral part of the coalition government, which was characterized by a positive approach toward Judaism and tradition.

Rather than being night-watchmen alone, calling out violations of the traditional status-quo from the stands, the Charedim should have been in the thick of things, actively strengthening Israel’s Jewish character

Their new status ought to have shifted the Charedi position concerning Judaism in the State of Israel. Rather than being night-watchmen alone, calling out violations of the traditional status-quo from the stands, the Charedim should have been in the thick of things, actively strengthening Israel’s Jewish character. Instead, they manipulated their political clout for sectorial purposes—another institution here and there, another job in Ofakim, and another government grant in Yerucham.

Where was Gafni when Jewish education in Israel was negligently allowed to drift into the hands of Reform educational activists? Where was Litzman while liberal NGOs worked tirelessly to legitimize new family models? Where were all the Charedi Knesset members when the Supreme Court accumulated ever more power in its holy war against Jewish values?

Absurd though it may sound, it was specifically the Yemina party that did more than anybody else in the struggle against the Supreme Court—certainly far more than Charedi parties. In all their time as part of the coalition, it was all too easy to buy off the Charedi representatives, and they certainly refrained from giving their friends on the Left a hard time. Aside from matters of great symbolic significance, such as the Women of the Wall or public roadworks on Shabbat, it is hard to note one instance of Charedi politicians acting on the part of strengthening Torah, Shabbat, and Jewish education in Israel.

Charedi representatives, who for decades were almost continually part of the ruling coalition in Israel, continued to act as though they were part of the opposition. Their activity was focused almost exclusively on internal-Charedi affairs and refrained almost entirely from engaging the “big issues” of Israel as a Jewish State. Not only did they fail to fight against the liberal secularism creeping in from the Left, but their rampant sectarianism even served to alienate many from religion.

Charedi representatives, who for decades were almost continually part of the ruling coalition in Israel, continued to act as though they were part of the opposition

For the average Jew from Tel Aviv or Beer Sheva, Raanana or Carmiel, it seemed clear that Charedim look out for themselves alone, even when this comes at the expense of other citizens. Charedi representatives did not present themselves as faithful guardians of Judaism, but rather as a closed and secluded group worrying only for its own institutions. Such sentiments constitute a true Chillul Hashem, and similar sentiments allowed progressive groups to claim that “we’re taking care of the Jewish People, unlike the Charedim who care only for themselves.”

Though hard to accept, we are in some measure complicit in the new government and its secular ethos. We should have done much more.

In conclusion, it seems that though painful and regretful, our place in opposition is more than justified; we have fully earned it. From our new place in the stands, we can perhaps remember the true task of representing in the Knesset, so that the next time we get a chance we will be ready to strengthen Judaism for the entire Jewish People—and not for our own society alone.

3 thoughts on “The Opposition We Deserve” 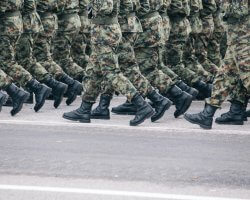 “As Benei Maron”—Rosh Hashanah As a Military Inspection 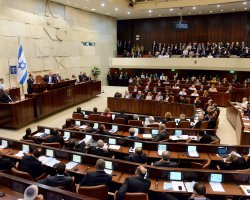 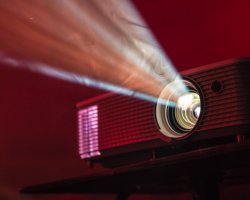 More on Shtisel: Charedim in Movies

“As Dreamers” – Is the Mikdash Just a Dream?